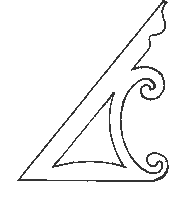 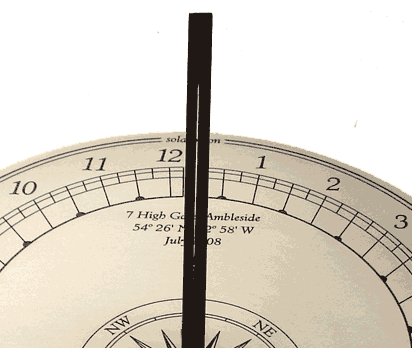 We can also make a gnomon with a 1mm slot running through the middle. These cast a thin beam of light straight along the north-south axis of the sundial at the exact moment of solar ( or true) noon.

A line of declination can also be used to show the time , as in this example above. The shadow cast by the pin on the 1st October follows the curve left to right and it's exact position is shown relative to clock (not local) time. A small vertical pin like the one shown in the photo opposite sits inside the Equation of Time and it's position is marked by the small circle on the vertical line separating June from July. It's shadow will align with the radiating lines shown so an exact moment in time can be recorded ie the moment of birth or a time of marriage....... 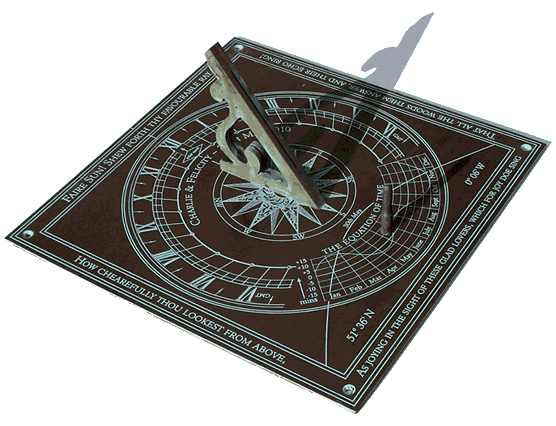 The sundial above shows a special commission with a filigree gnomon which is also slotted...a tricky bit of engineering! I spent hours in the workshop on this one! This style of gnomon increases the depth of the slot thus reducing the chance of any light divergence as the suns rays pass through the north-south axis.

Note that this sundial also incorporates a vertical pin which records the passage of the sun as it moves east-west across the sky on a specific date. The pin's shadow follows the concave curve shown running through the Equation of Time. ( this particular example is for 30th May). The pin can be used to mark an anniversary, or to show the equinoxes or maybe the summer and winter solstices. 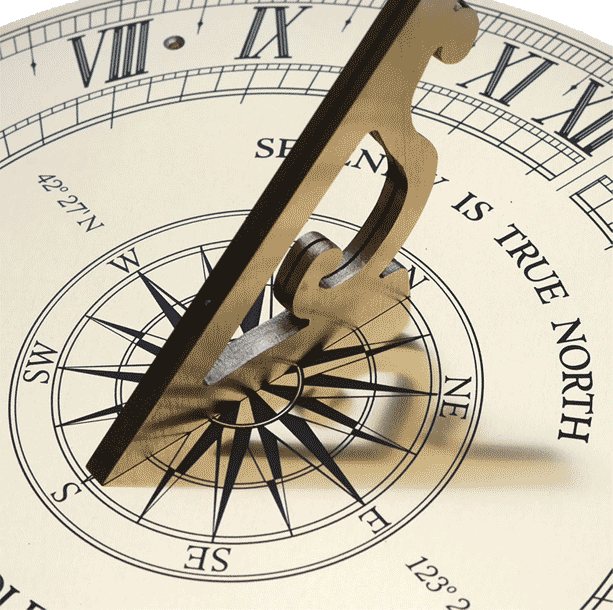 Note we do not make or supply replacement gnomons for reproduction or garden centre sundials.

special thanks to TEMPLATED for the HTML5 template